is reduced below 1,  then the number of cases and deaths will begin to fall, but how effective is this strategy long term and how can we escape from a lockdown once it has been  imposed. I have looked a bit into this using my “Mickey Mouse” SIR model. Interestingly enough it gives similar results to that of Neil Fergusen if I use the same parameters (R=2.5 etc).

First here is the simulation for the UK under the “take it on the chin” scenario. 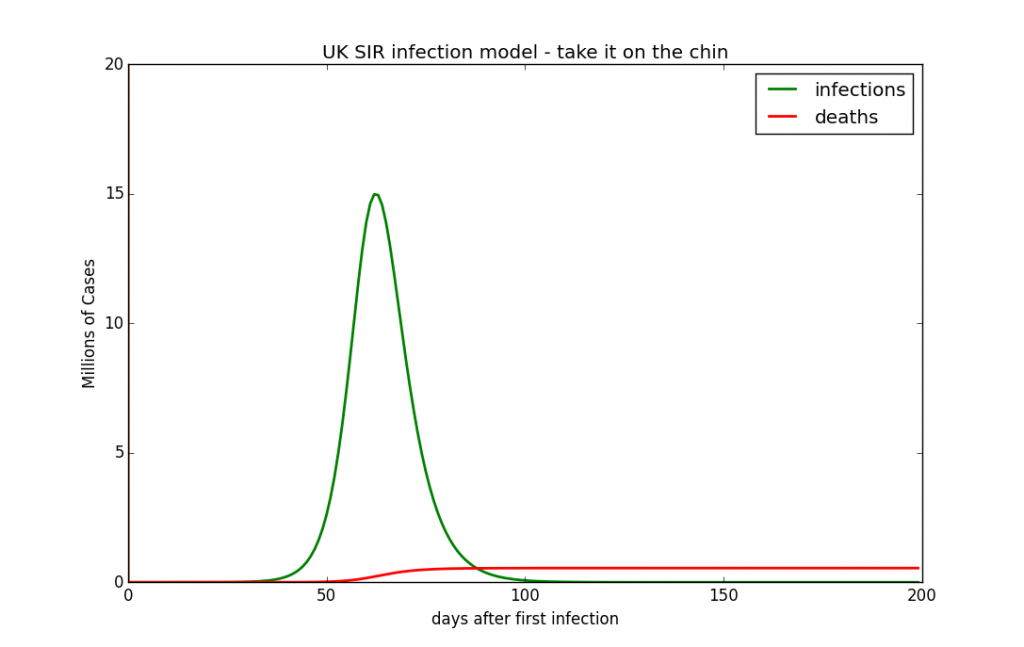 “Take it on the chin”. The epidemic is over after ~ 3 months but at the cost of half a million deaths !

These results assume a death rate of 1% and an effective

of 2.5. Half a million deaths is unacceptable for any government which probably explains why the lockdown measures were introduced, once the Imperial study was published. The goal of a lockdown is to reduce the reproduction rate

(social interaction) by about 70%. Once successful this lockdown would then result in the following distribution assuming the measures are introduced after ~40 days into the epidemic (mid March) and ended after 100 days. 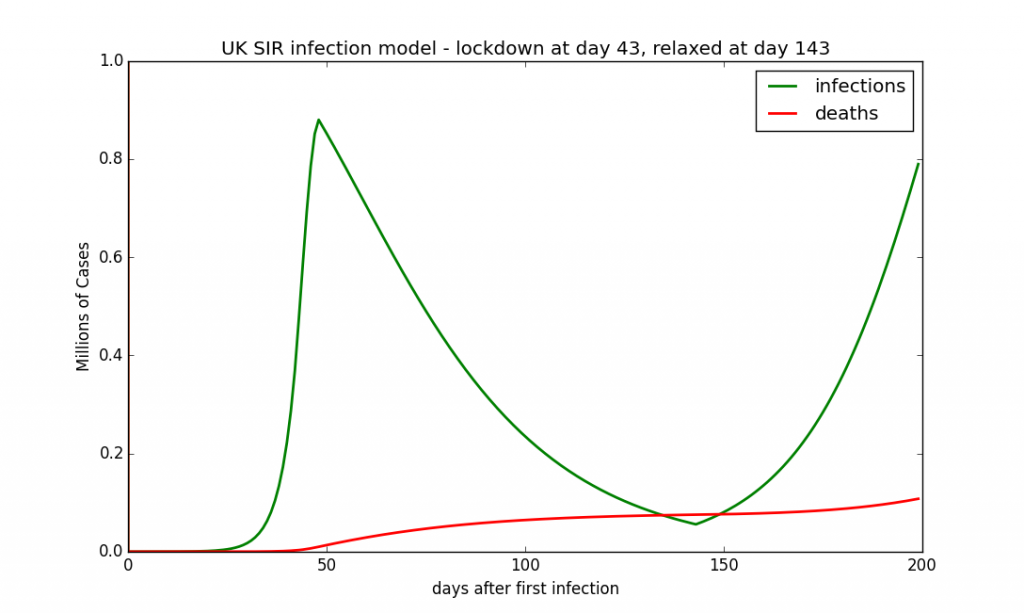 It takes about 3 months for the lockdown to reduce the number of active infections to a low level (<10%). However once the restrictions are lifted the epidemic quickly takes off again, which then triggers another full lockdown. If such action is taken quick enough then the epidemic can finally be stopped as shown below. 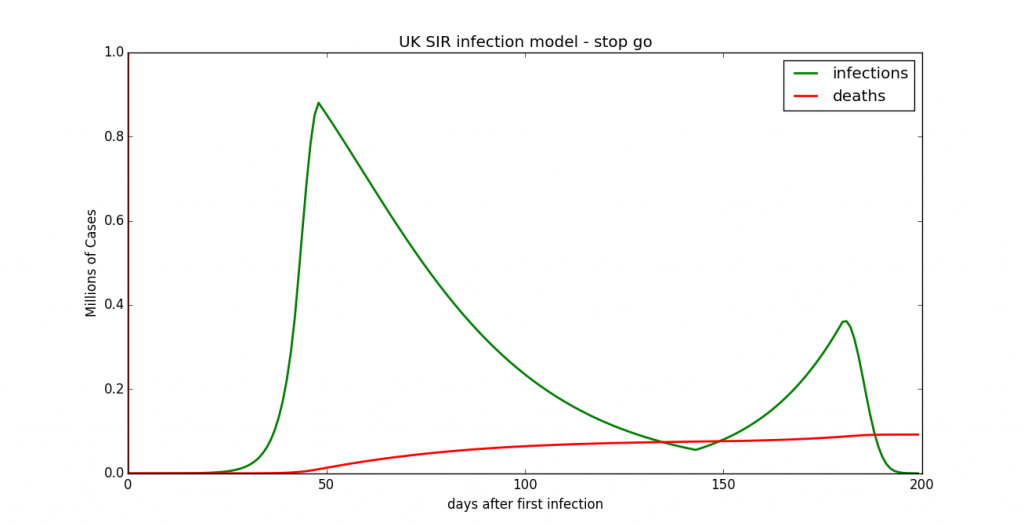 Stop-Go scenario: A lockdown and release followed by a second lockdown a month later.

This last scenario seems finally to work in reducing the infected cases to a very low level. However the final number of deaths is still large ~92000. The damage to the UK economy of a 3 month shutdown followed by a second emergency shorter shutdown would be  enormous. Could the UK ever recover from such an economic shock and would  the UK public be willing to accept such a 7 month period of drastic stop-go action ?

These scenarios may be far too pessimistic. Two recent studies of antibodies in sample populations seem to show that the infection rate (15%) is currently much higher than thought, and consequently that the death rate could be as low as 0.3% (see my comment below & here). That would reduce the predicted death tolls by a factor of 3.  Furthermore one would hope that more effective treatments will be found to reduce the death rate even further. An effective vaccine would eliminate the risk completely.

My raw python code can be found here

This entry was posted in Health and tagged COVID-19. Bookmark the permalink.