The UK weekly infection rate has been falling since the 18th November and is now about the same as that in Germany (150/100,000). Note that infection rates had mostly stabilised already by early November. 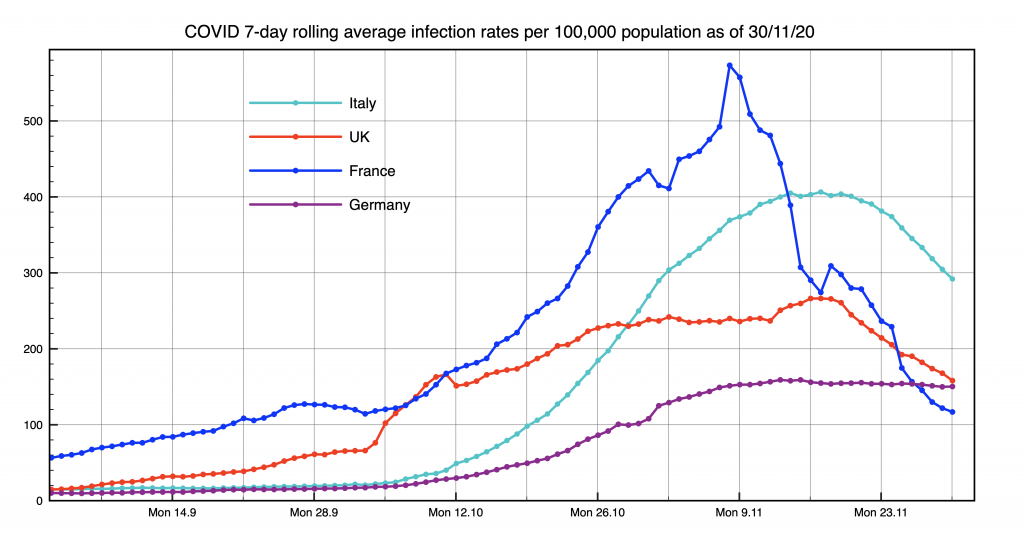 The fall in rates for France has been even more dramatic from a peak of 570/100,000 on 8th November now down to below that of Germany’s in just 4 weeks. Italy too is well past the second peak and falling fast. Germany however is now suffering worse during the second wave than it did during the first wave.

Mass vaccinations will naturally bring infections rates down as the pool of susceptible people reduce. If we could perhaps  vaccinate >20 million people by Easter then the epidemic would essentially be over and normal life can probably resume. It can only end with “herd immunity”.