The Average temperature anomaly for 2021 was O.80 C above the 1961-1990 average. This is cooler than recent years probably due to La Nina. The warmest year overall was 2020 reaching 0.90 C. These calculations (spherical triangulation) are now based on the latest GHCN V4 for the station data and HadSST4 for the SST data. Upgrading  from HadSST3 to HadSST4 has also increased slightly the net warming trend (see previous post). 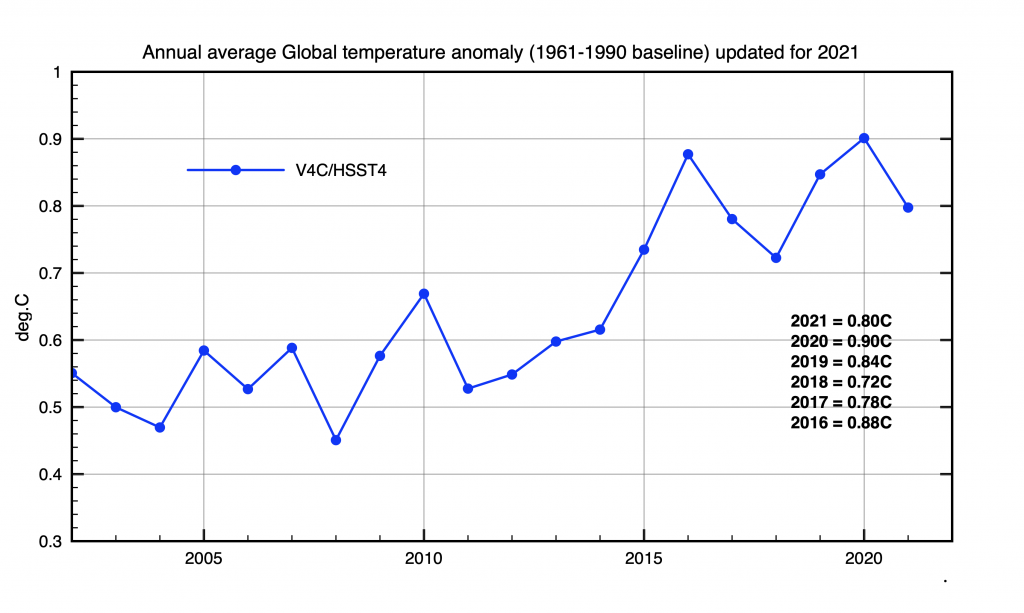 The final month December saw a further drop in temperature from November of 0.10 C. 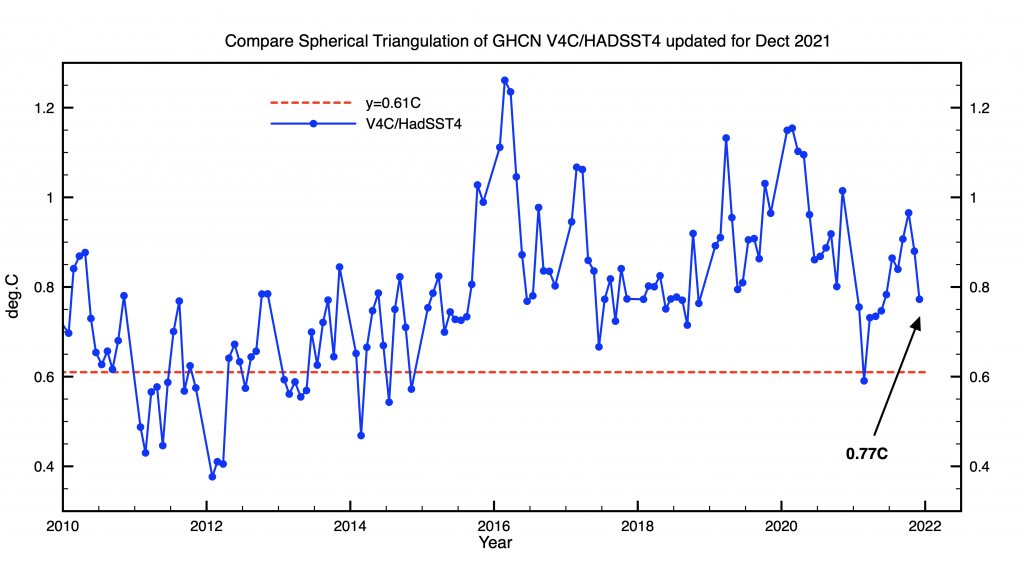 You can see below that a strong La Ninja redeveloped in December after nearly disappearing in October/November.  Also notice the very cold December temperatures across Western  Canada and Siberia.

The monthly and annual data can be downloaded at these links