The last month of 2022 saw a slight rise in the monthly mean temperature to 0.79C (baseline 1961-1990) resulting in a final yearly average temperature of 0.84C. Arctic air spilled down to lower latitudes bringing extreme cold to the US, Northern Europe and Russia. La Ninja was also weakening (Figure 2)

Finally 2022 ends up as the 4th equal warmest year hinting perhaps of another pause? However  underlying temperature trends are better be measured by using a  10 year icosahedral binning average and this shows no discrepancy. 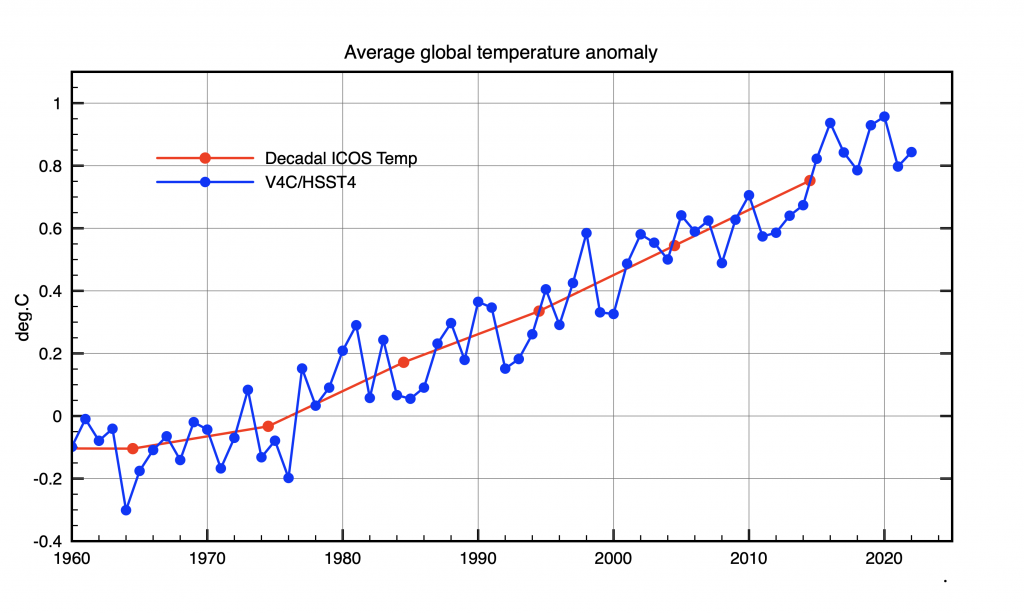 Annual temperatures as calculated by spherical triangulation relative to a 1961-1990 baseline. This is also compared to the decadal average temperatures calculated using an icosahedral grid 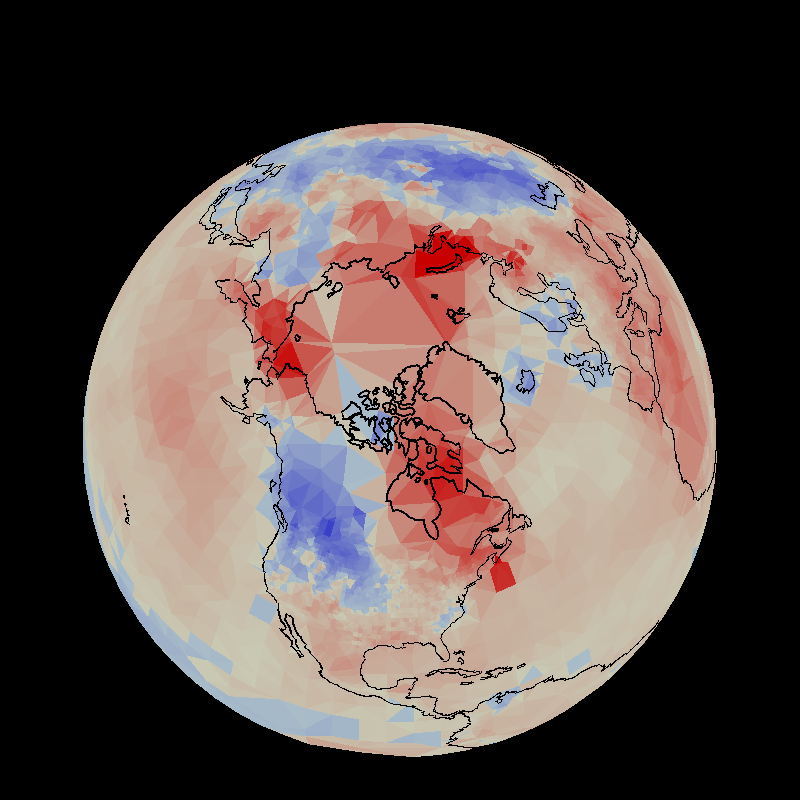 All results can be downloaded