CRUTEM station data for October was released a few days ago. So I can now make a direct comparison of different surface averaging methodologies. The calculated October temperature anomaly for the 3 different spatial averages, as described previously are the following : 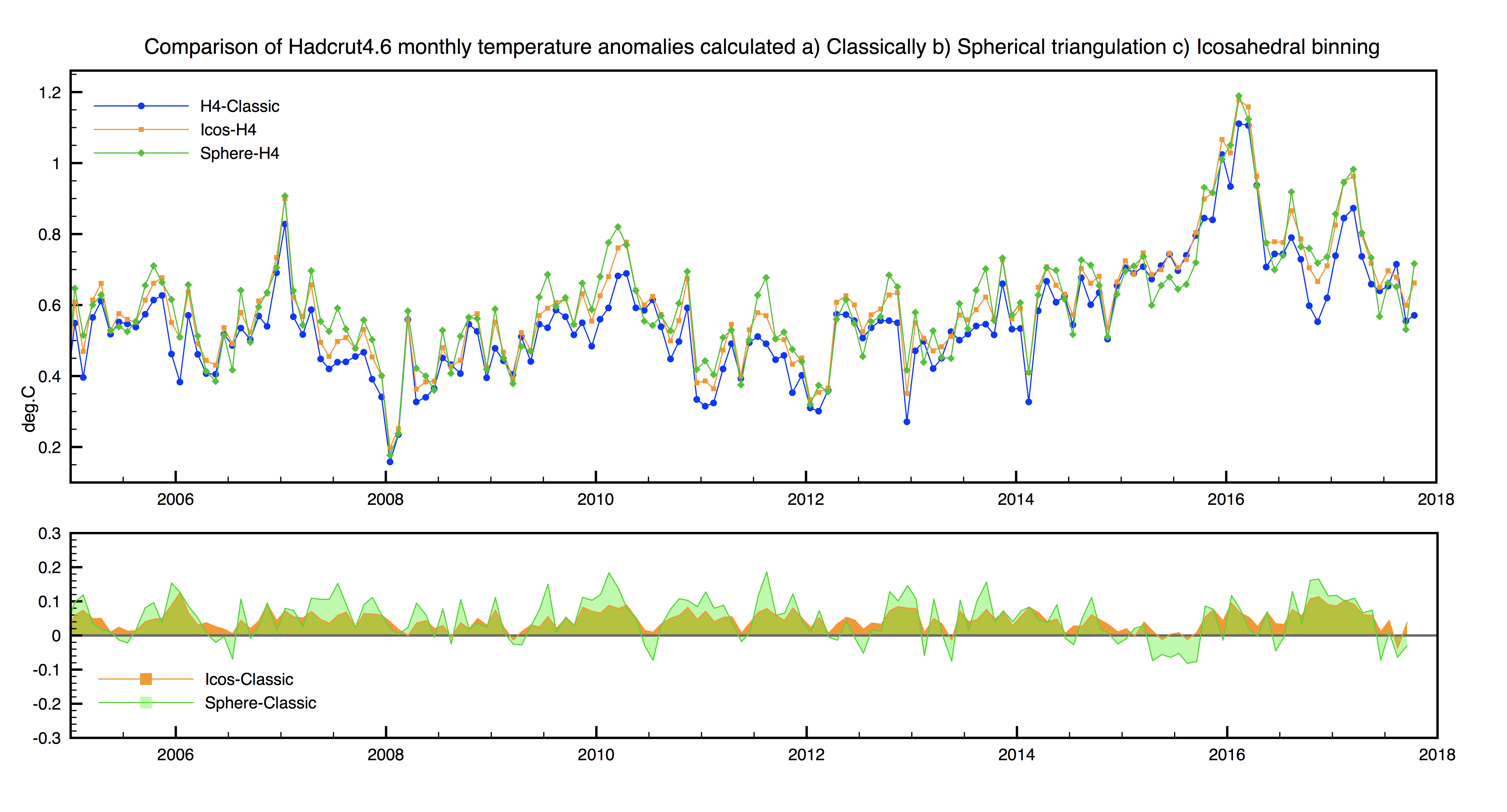 Figure 1: Comparison of the 3 averaging methods. Bottom graph shows the differences between the 3D methods and the HadCRUT4.6 classic 5×5 latitude , longitude binning

The 3D methods tend to give higher values for recent years and accentuate the peaks and troughs. The reason for this is the way polar regions are handled. Spherical triangulation essentially interpolates nearby stations right across polar regions by forming large triangular areas. Icosahedral binning however treats polar regions identically to any other region on the earth’s surface.

Figure 2. Comparison of Polar processing by on the left Spherical Triangulation and on the right Icosahedral binning.

Figure 3. The same comparison over Antarctica. Note how there is no interpolation into areas without measurements.

I discovered earlier that the Spherical Triangulation method gives almost exactly the same result as Cowtan and Way, who use kriging to extrapolate into polar regions. Both methods essentially interpolate temperatures into poorly covered regions. Icosahedral binning avoids any interpolation,  while treating polar regions in an unbiased way. It should really be compared  to the official HadCRUT.4.6 version, which is based on a regular 5 deg. lat, lon grid. 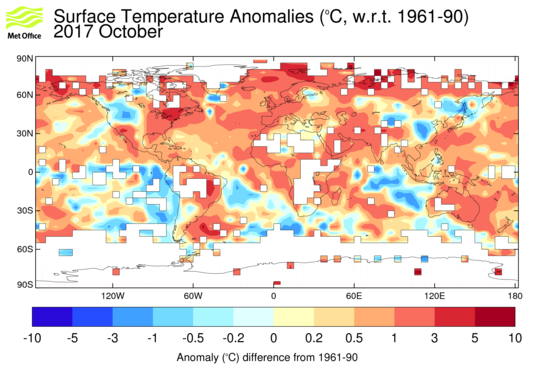 It is often argued that HadCRUT4 has a coverage bias in the Arctic due to using fixed sized bins, which converge in area with latitude ( as cos(lat) ). However all other groups who attempt to correct for this, interpolate results or smoothed fits into regions without any measurements. Rightly or wrongly HadCRUT4 remains the only pure measurement based result. I argue that the methodology would be improved if they moved to using Icosahedral 3D binning rather than sticking to 2D based binning. This would still retain the advantage of being a measurement only result.