The annual range of temperature extremes in Australia is reducing as the continent warms. 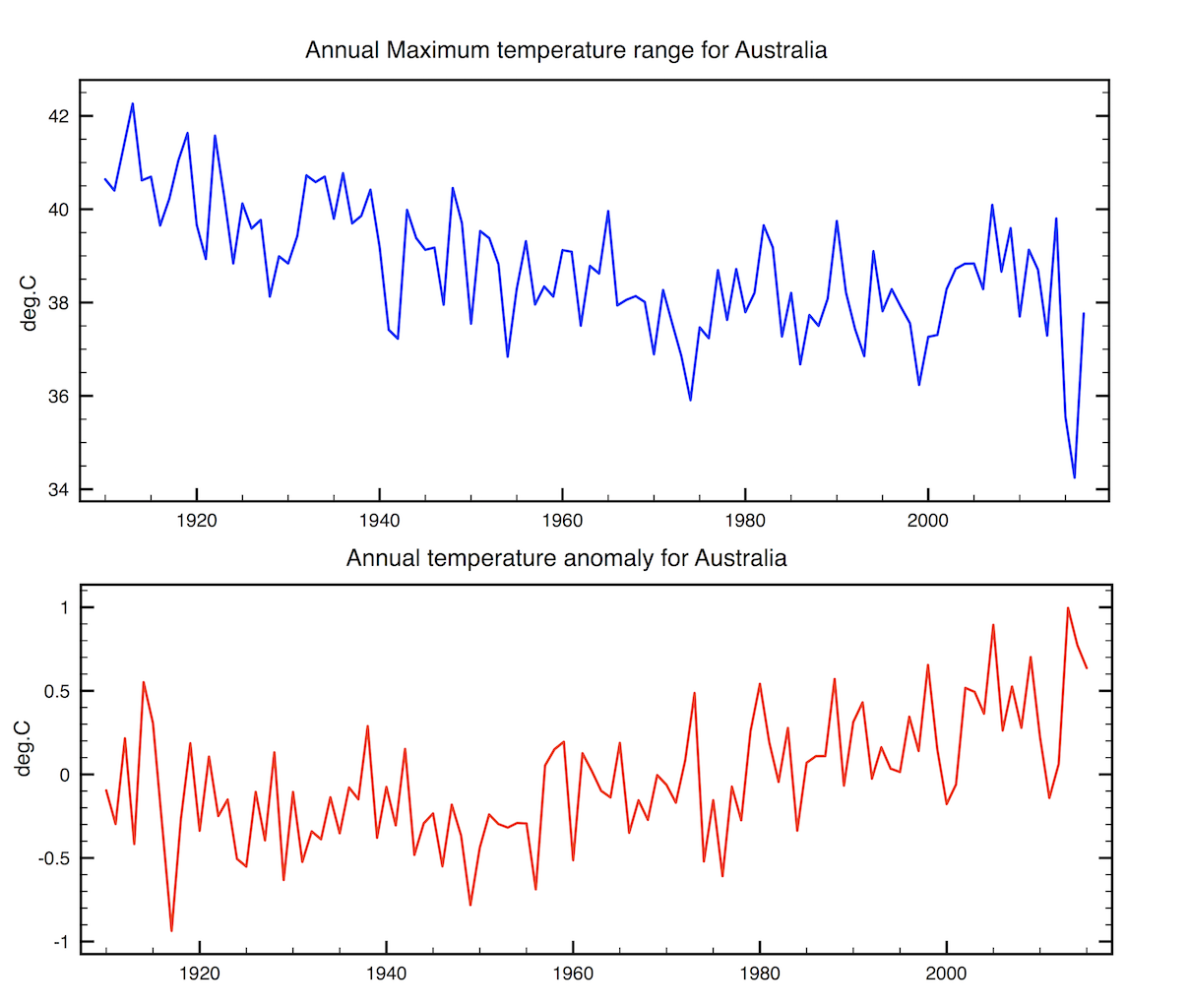 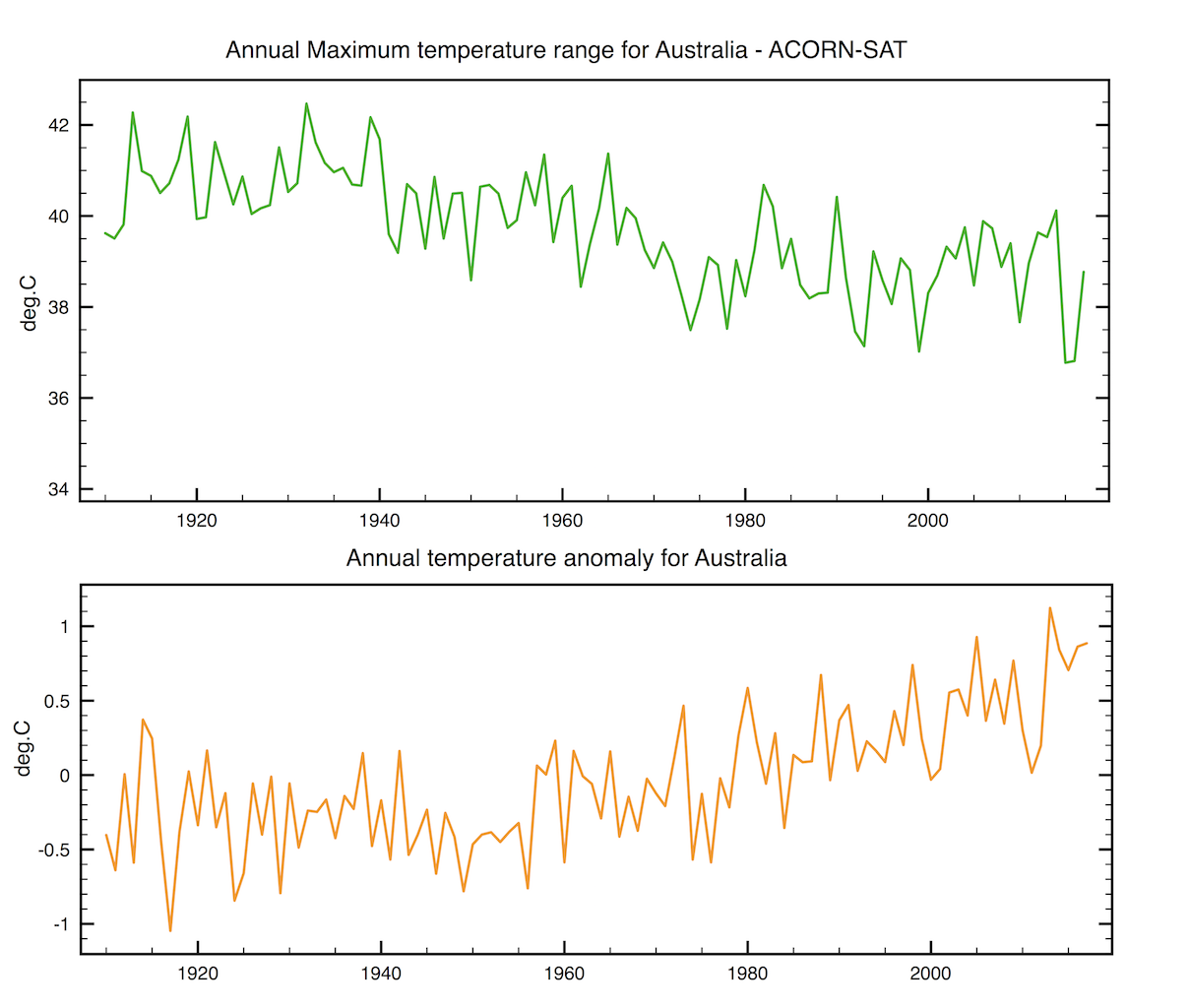 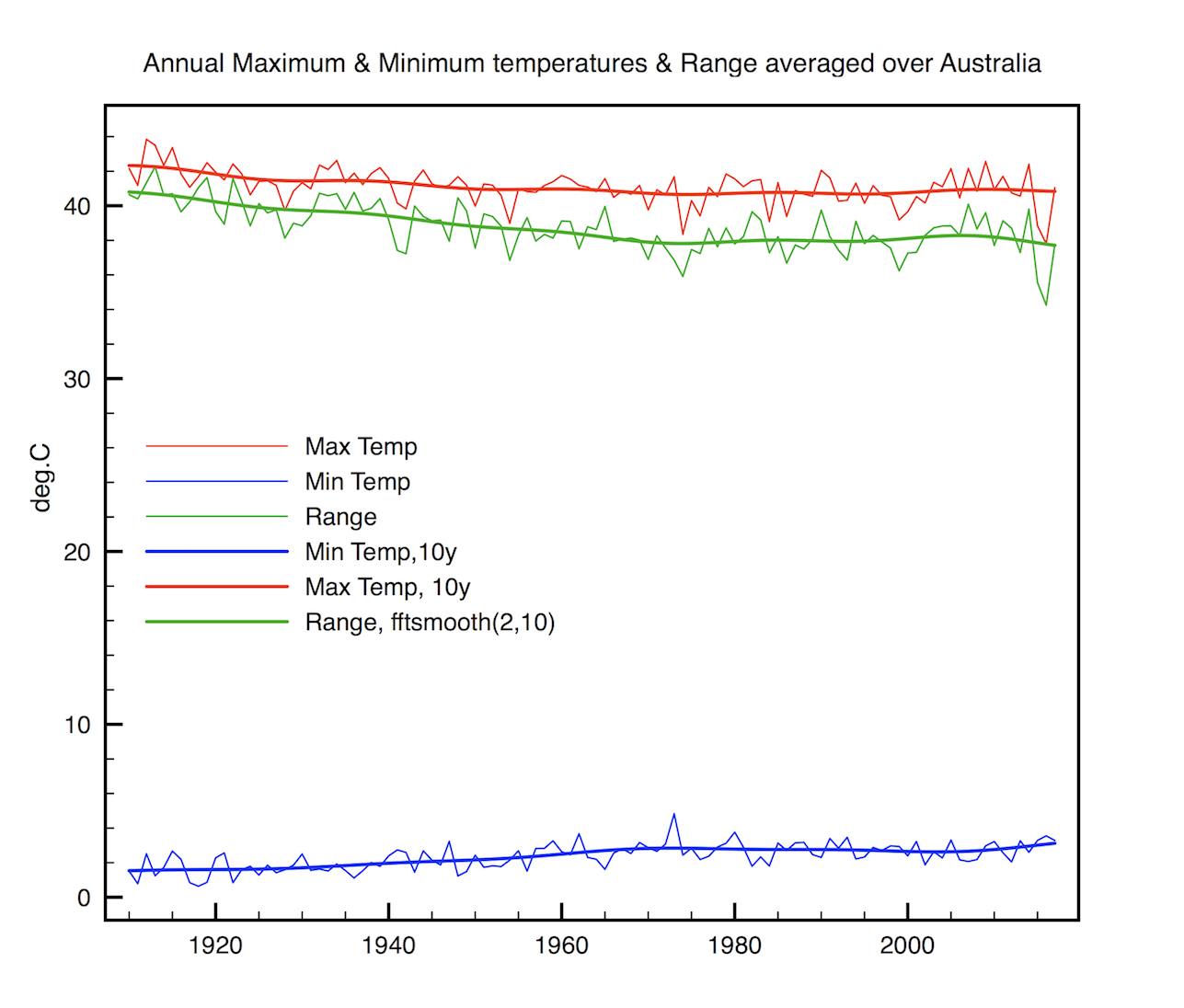 Area averages of annual a) Maximum, b) Minimum temperatures and c) Extreme temperature ranges for all 1800 stations in Australia (far-flung islands excluded)

So what is happening? Is this an artefact of some kind or can this be a real effect ?

The argument to always work with temperature anomalies when studying climate change is to remove any natural station temperature offsets due things like different elevations. Yet we  know that urbanisation changes temperatures in or near cities, and that this also increases over time. I have shown how this then results in cooler temperature anomalies before the baseline normalisation period. Likewise UHI affects temperature ranges.

Are there any specific examples where this is hapenning? Well here is one: Richmond (QLD) from the homogenised ACORN-SAT 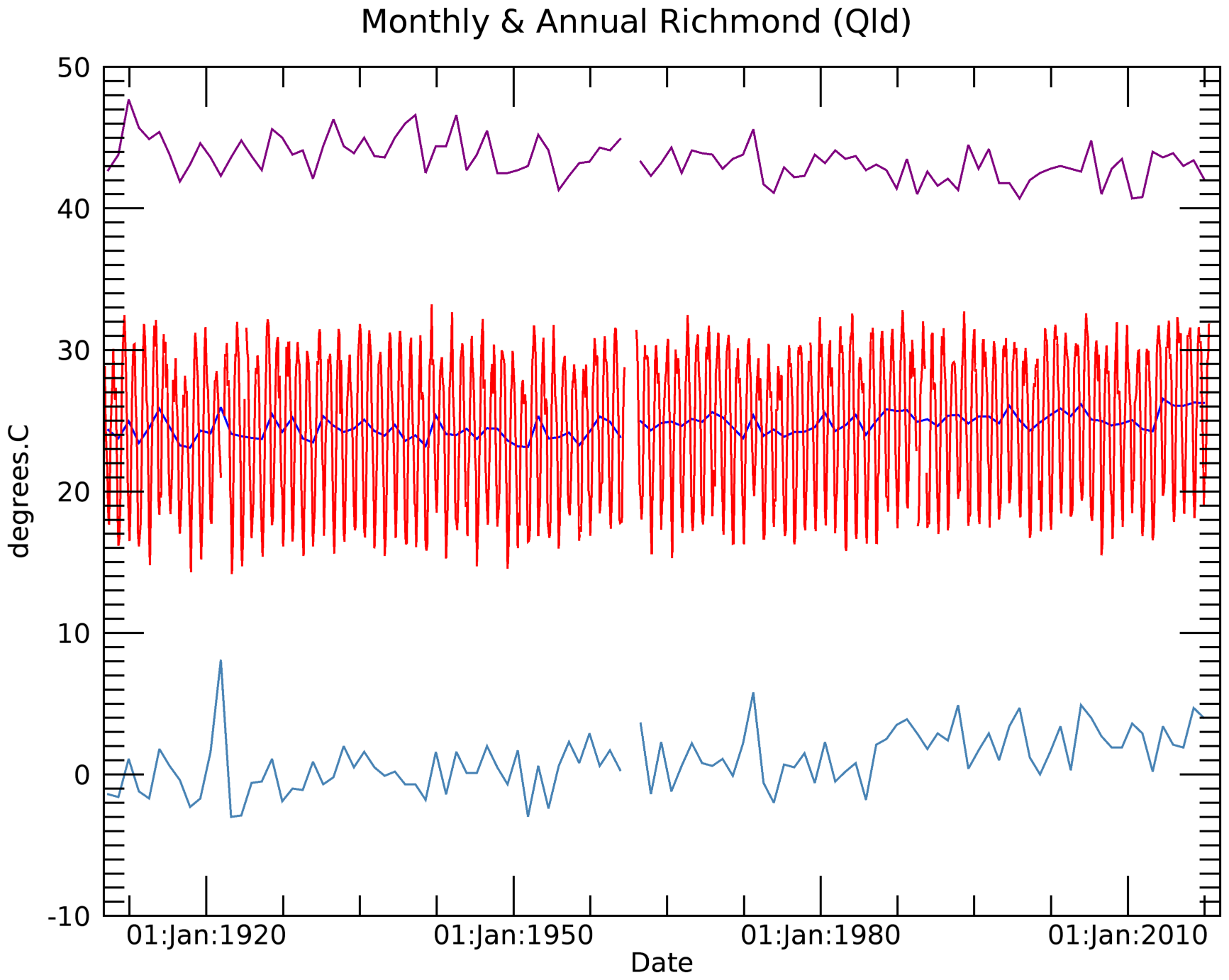 So I think this is a real effect, although I can’t yet be sure there is not a coverage bias as well.