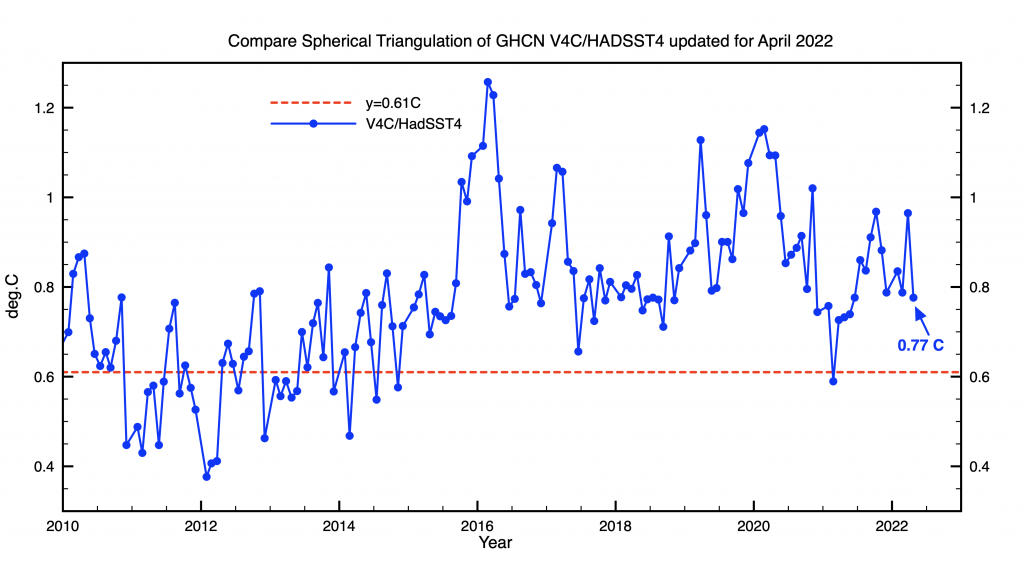 Monthly temperatures updated for April 2022. Data are based on GHCNV4 and HadSST4

North America shows much cooler temperatures since March with a strong La Nina evident over the Southern Pacific. (Colours shown are always relative to the normalised climate between 1961-1990) 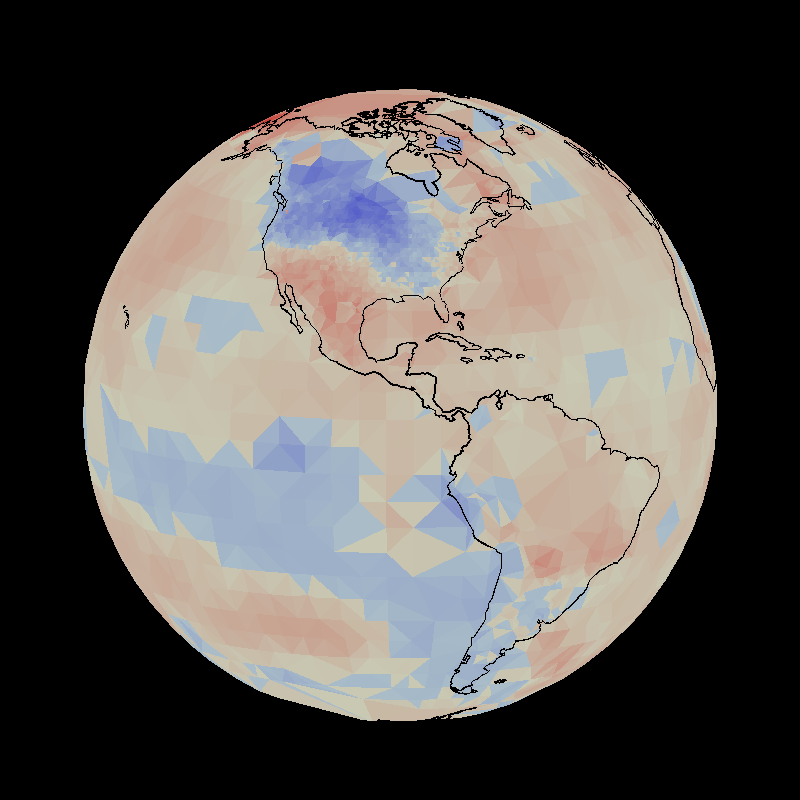