Long term temperature trends are best visualised on decadal timescales. This is because it smooths out short term local effects caused for example by ENSO and other ocean oscillations. My method to achieve this in a consistent way uses an icosahedral grid where each equal area cell is averaged over 10 years (see here). I have now updated my previous results to cover also the 2011-2020 decade. These results are shown below. If you click on each header such as 2011-2020 West-Hemisphere then you access the 3D icosahedral gridded temperature data directly. Simply click and spin the globe (thanks to Nick Stokes!)

The warming trend since 1970 appears to be  linear as shown below. 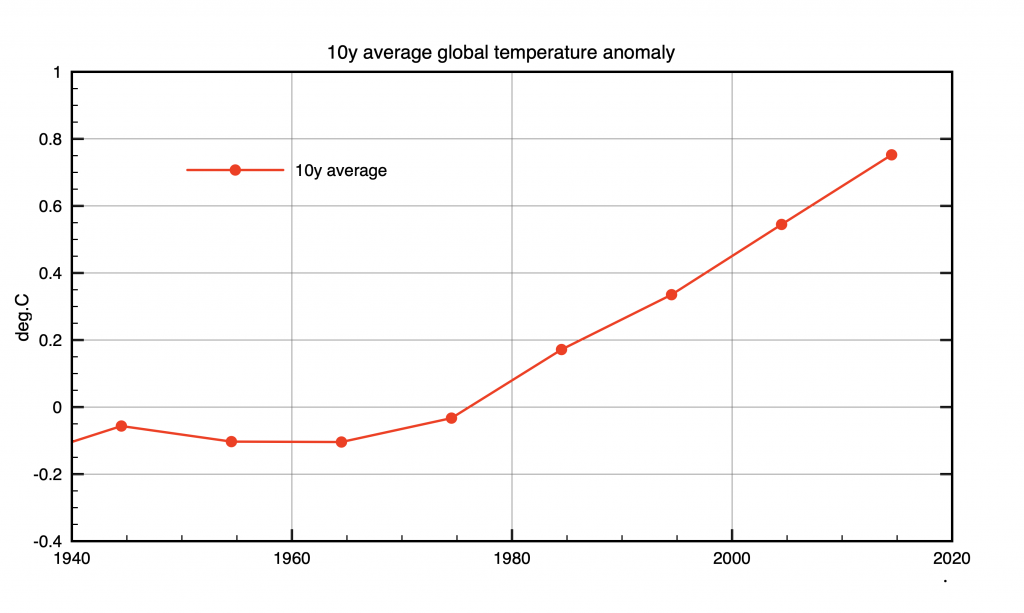 Overall the world has warmed by about 0.8C starting around 1965. However, CO2 levels  have if anything been rising faster than the temperature response. 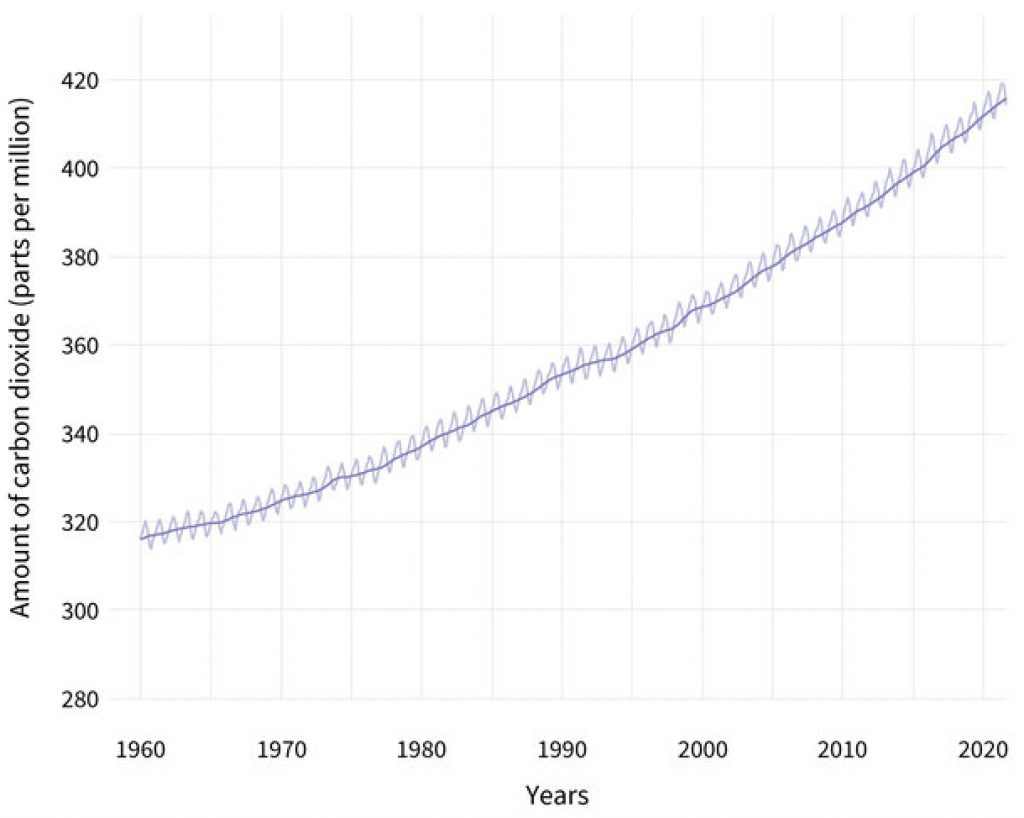 The temperature response appears to be linear to an exponential increase in CO2 levels.  Therefore there is no evidence of any positive climate feedback to CO2. Instead it is far more likely to be a negative feedback.

We need to eventually stop burning fossil fuels and find realistic alternatives, but there is no imminent “climate emergency” or  “climate breakdown”.

. Thanks to Nick Stokes for the WebGL  visualisation