The decadal trend in global temperatures shows  a clear almost linear increase since the 1970s. We can compare this increase to that of CO2 in the atmosphere. 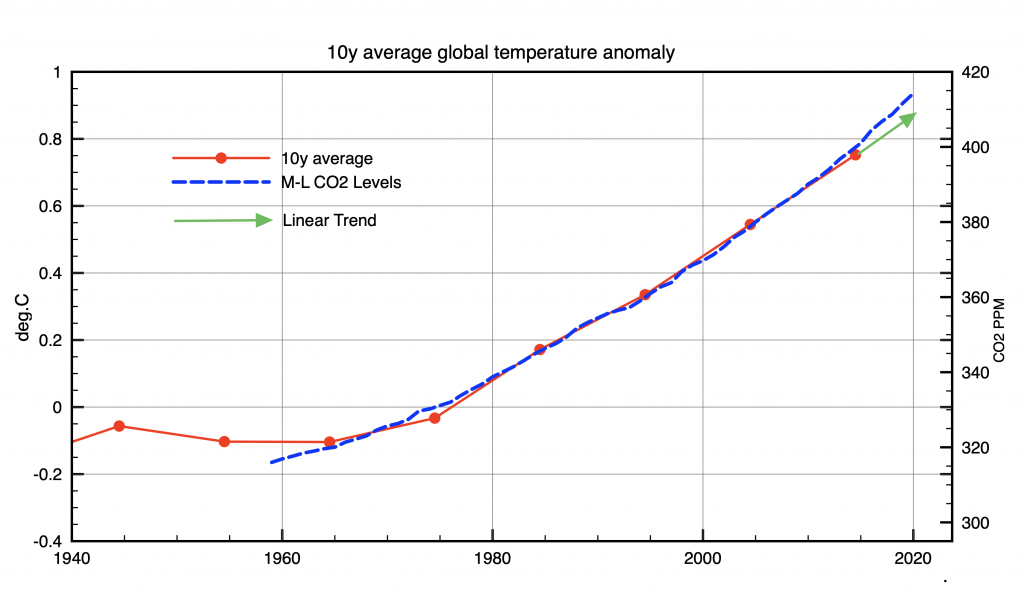 One sees a nearly proportional agreement between temperature and CO2 after ~1970. However CO2 levels have recently been rising faster than linear as highlighted  by the green arrow. So the question is can we isolate what the climate response is to CO2 and measure the climate sensitivity?

Each decadal temperature measurement has an associated average CO2 value for that decade. Is the global temperature a simple function of CO2 and if so how does that compare to theory ? One problem we have is that the early data from 1850 to 1960 shows a non linear trend. There are two possible reasons for this. Either the effect is real and there was a natural variability before 1960 or instead the early data coverage was not reliable enough to infer trends. 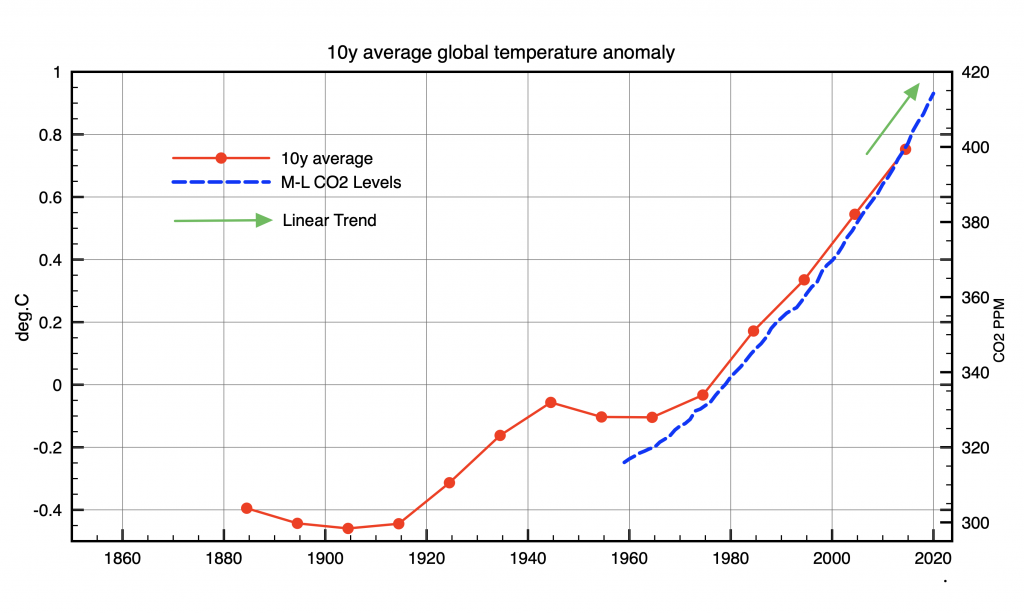 Unfortunately there is still a normalisation problem because global temperatures are always calculated as anomalies relative to some 30 year baseline  period,  (1961 – 1990) in my case. CO2 levels in 1970 were 330ppm so I simply normalise the result to this value. Then we can derive a “rough and ready” climate sensitivity to increasing CO2 levels. 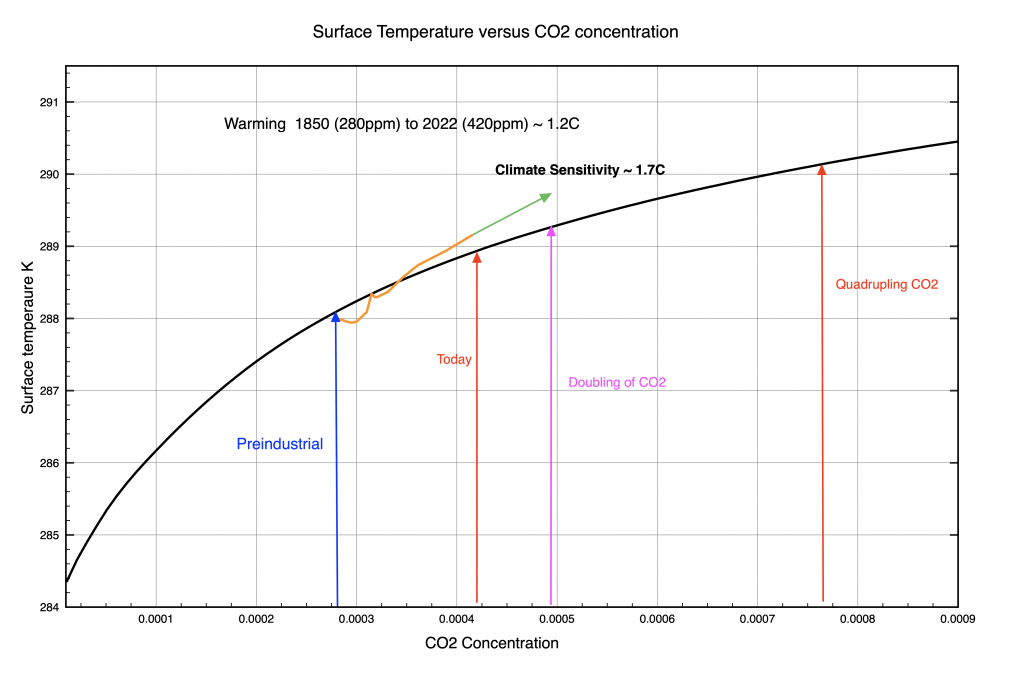 With these assumptions a doubling of CO2 would lead to a 1.7C net increase in global temperatures relative to what appears to have  been a  cooler period in the 19th century.

46 Responses to Climate Sensitivity to CO2